Upload your best campfire photo to win a $50 voucher to Army and Outdoors (also known as Kiwi Disposals) who ship nationwide.

Simply create a blog post and upload the photo along with a short blurb about where, how, and why you made the campfire. Be sure to add a "fire" tag to the post (comment below with any questions on how to do…

New eBook in the BushcraftNZ Library: The Ten Bushcraft eBooks by Robert Graves

Head the the BushcraftNZ Library to find it and many more. Its free to join!

Just came accross this great resource on all aspects of shelter production (hat tip to woodtrekker.blogspot.com).This ebook is now the newest addtion to the BushcraftNZ library and can be found…

One of the many blogs I subscribe to and read on a regular basis is The Art of Manliness. Its chock full of thoughts and ideas aiming to "revive the lost art of manliness" with everything from skills our grandads would have considered essential (how to shave with a cut-throat razor) to inspirations on what it means to…

This topic is borderline bushcraft, probably more in the environmentalist/far left domain of "urban foraging". I just think its a great concept and if nothing else a remarkable feat of collaboration. (Thanks to Nadia for telling me about it)

Choosing an Axe (in NZ)

Recently found some great resources on selecting an axe from jackmtn.com

"An axe with a longer handle is safer than one with a shorter handle. The longer handle allows the user to position himself further from the impact point. The further this distance is, the greater the safety buffer.  There’s much…

A bushcraft manual has been published to help trampers stay safe in the great outdoors.

It is aimed at both novices and those with experience to help people enjoy the bush safely.

About 400 search and rescue operations were carried out in the bush last year. More than three quarters of those needing rescue were New Zealanders.

Bear Grylls to fundraise in NZ

Hard-core survivalist Bear Grylls is set to make his Kiwi debut to raise money for a children's hospital and the families of the Pike River miners.

The adventure-mad Briton, star of "reality" TV show Man vs. Wild, has been confirmed for two New Zealand events next month as part of a charity fundraiser.

Grylls, 36, began his climb to fame in 1998, when he entered the Guinness Book of Records as the youngest Briton to conquer Everest, just two years after breaking his back… 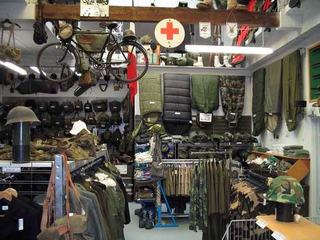 Outing: A Day in Hunua

Win a Great Prize Pack with our Tutorial Competition (CLOSED) Traditional Plant Use By Maori