The Parang knife as a bush tool

The Parang is a Malaysian bush knife; it has similarities with other Indonesian knives, The Machete, the Kukri, and the Greek Kopis. The knives all fall under the broad heading of cutlass, and can range from 10” blades to 30”.

I am going to discuss the benefits of the Parang as a general-purpose bush knife. First, we must consider the shape of the blade, the knife I am familiar with is similar to the Kukri without the bend. It has a gentle concave curve to the spine, which ends with top swage edge. The tip of the blade then curves back and out then sweeps in and back to the bolster where it is at its narrowest. The spine is thinnest at the heel and thickens towards the tip; this front-loads the weight of the blade. 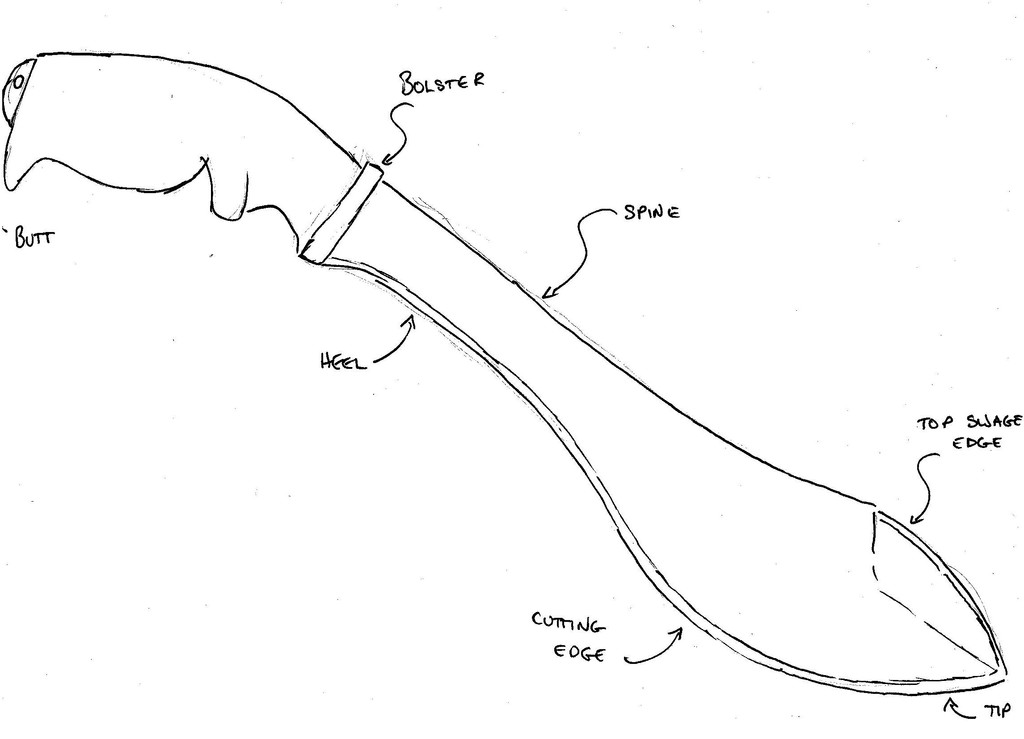 The main uses for the different blade sections are as follows, the top swage edge can be used for digging, the tip for scraping, the main cutting edge for chopping, the heel for fine work, the handle and the end of the spine can be gripped for use as a draw knife and the knife can also slash through bush . Variations on this will evolve as the user learns to use the knife and what comes naturally to them.

Traditionally Malay knives would have wooden handles, which could be elaborately carved; this knife has a dense rubber grip with finger grooves. It also has an eyelet at the butt where the tang emerges from the handle. This is usually tied with a thong, which is placed over the thumb and round the back of the hand. It provides an additional safety feature should you lose grip of the handle.

On the subject of safety, when wearing the sheathed knife it is preferable to carry it slung form the hip and worn low, this will avoid chest/torso injuries should you fall. The knife should be sheathed or unsheathed with the free hand holding the spine section of the sheath; this will avoid the blade section and possible injury.

The Parang is a general-purpose tool and one that I believe is not a compromise given the variety of uses it can be put to, however the addition of a small fixed or folding knife to your kit is preferable if not necessarily essential.

Yep got that one in my favourites, good site