I bought a cheap emergency/survival cooker from a local supplier and tested it to see how it would do as a long term replacement for my gas cooker and disposable bottles. Here is what I found.

I first used the cooker kit a couple of months ago on a camp in Puhoi, north of Auckland. I cooked up a can of Watties Big Eat. The cooker brought the food to boiling in about 20 minutes and left the bottom of my mess tin relatively clean. There was enough fuel left over to heat about 250ml (1 cup) of water.

The fuel supplied inside the cooker is a thick transparent jelly that caught alight quickly when a flame was applied to it. A book of matches was also supplied. The matches were pretty flimsy and tended to break when struck on the striker strip. They would be particularly difficult to light with cold or gloved hands. I eventually figured out a technique and used the matches to light the gel. A lighter or flame from another source would be easier to work with but there are plenty of matches in the book and they burned well once ignited. 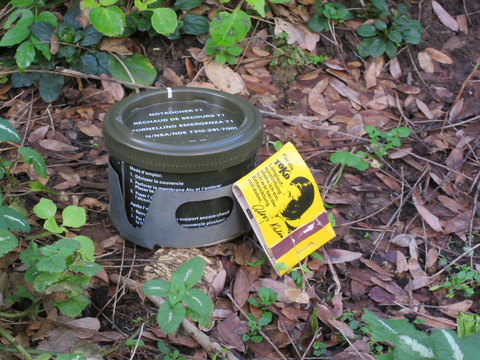 The kit came wrapped in plastic with the matches on the bottom. 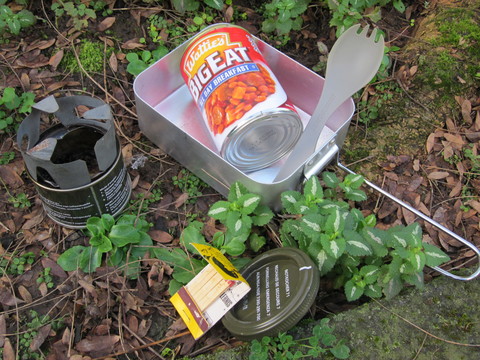 The cooker can with the stand placed on top ready for use. It took about 20 minutes to boil a precooked meal this size.

While at Puhoi I only cooked the can of Big Eat and replaced the lid to use the remaining gel another time. It has been a couple of months since then and today I tried to relight the fuel gel using my ferro rod then matches then a cigarette lighter but it would not relight. I cleaned out the gel and tested the other fuels. The gel seems to be good for one burn only or maybe it can be re-lit a short time after it's first use. It was a long time between my first and second uses so this is not a criticism. At Puhoi the product did what it was designed to do: It heated/cooked a meal which would have helped me survive an emergency situation.

The test involved bringing one US canteen cup (500ml) of water to a full boil using one Esbit fuel tab then the same test with Methylated Spirits. Since the test was conducted in the untamed wilds of my back yard flower patch I used cold water and a cold canteen cup each time to get a true idea of how the cooker and fuels would perform in the bush. The cooker can and cooker stand. Two fuel sources for my test. Esbit fuel tab and Methylated Spirits. 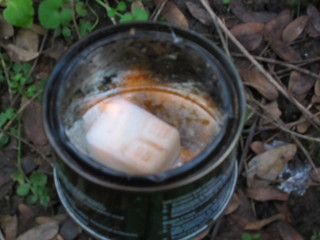 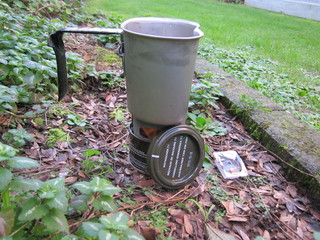 The Esbit fuel tab 1) burning in the cooker can and 2) heating half a liter of water.

I used the lid to help block out a light breeze that was pushing the flame out the side of the cooker stand rather than letting the heat rise.

I lit the fuel tab with a lighter and it took about 20 minutes to fully burn up. At about 15 minutes the tab was starting to lose its flame. The water did not get to the boil but was plenty hot enough to re-hydrate a freeze dry packet for a hot meal or provide a hot drink. Modifying the kit by trimming the height of the cooker stand would bring the cup closer to the flame and possibly enable it to boil. Placing the cup directly on the cooker can only leaves a small gap for the air to get in and snuffs out the flame. 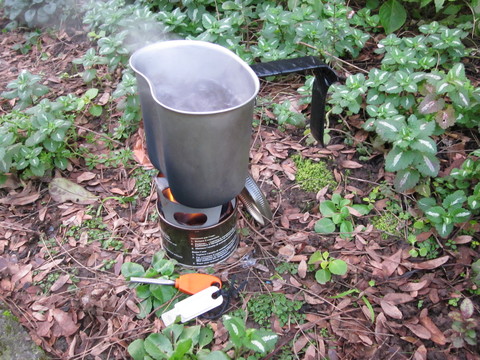 I measured out 50ml of Methylated Spirits and poured it into the can. I lit it with my ferro rod. The meths brought the water to the boil in about 17 minutes. I leaned the cooker lid on the back of the cooker stand to stop the flames rising up and heating the cup handle. After boiling for about 5 minutes I removed the cup and stand and put the lid over the can to snuff out the flame. It was cool enough to handle within 10 minutes. I poured out the remaining meths (about 10ml, two teaspoons worth) and packed up the kit. 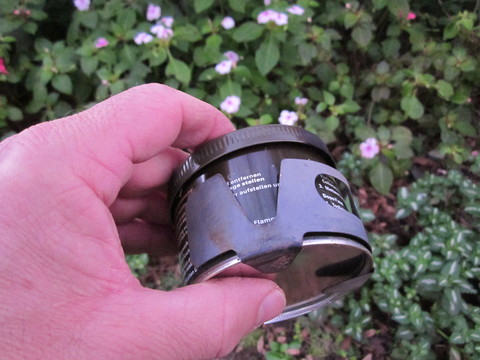 My personal opinion is this cooker is well worth the cheap cost of $9.95. It does its job as an emergency/survival cooker and then can be used to burn various fuels once the provided fuel gel is used up. The can should hold up well to many fires. The stand is thin metal but looks like it will last a long time and can probably be used as a template to make a second one if needed. The stand supported the mess tin and canteen cup securely and they did not move. The kit is very light and small enough to fit into a US canteen cup or put into a jacket or leg pocket. Top Gear had half a dozen sitting on a shelf a couple of weeks ago so should still have some left if your interested. Thanks for reading. Please comment. Have a good one.

I was at Top Gear a short time ago and the price of this cooker was closer to the $30 mark. Just an update. Have a great weekend.