Six Hours On A Sunday:

Easter Sunday morning. I got up later than I wanted which meant getting into the bush a lot later than I had planned.

I got dressed, filled my canteen, grabbed some food, got me and my gear into the car and drove to where I had planned to go. It was already 10.30am when I headed into the bush. I came out at 4.30pm. I spent six hours under the canopy. Doesn’t sound like much time but I made the most of it. I counted fourteen different things that I practiced or revised while I was in there. I could have done more if I got my arse out of the sack earlier but I made a plan with the time I did have and went bush anyway. A lot can be done in a small amount of time. Supple Jack Shoots. Can Be Broken Off The Vine And Eaten Raw.

On the walk in I took my time, stopping often at various plants and features, digging into my knowledge and revising what I knew about them. I spent a lot of time trying to spot the elusive edible supplejack shoots. By the end of the day I had found about ten. I ate one and left the rest to continue growing. 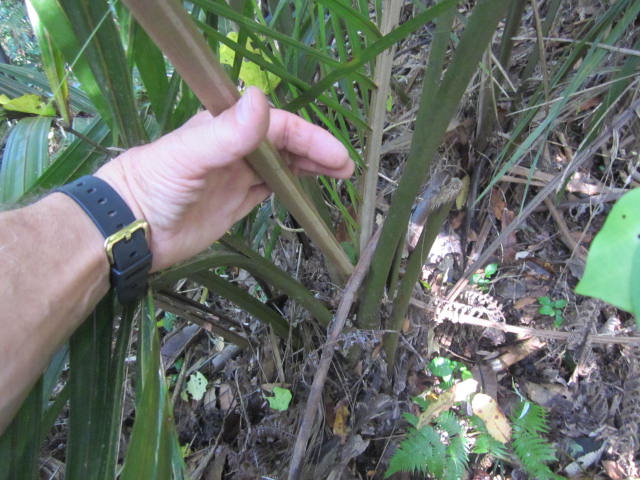 Nikau Palm Shoots. An Easily Harvested Food When Nikau Are Growing In The Area

Collecting tinder, kindling and fuel for a small fire was time consuming. It had been raining recently and much of the dead standing wood was damp. I had to be picky and found a small amount of dry dead standing branches and dry dead supplejack vine.

I made a small birds nest of natural tinder (dead kei kei leaves and the insides of dead punga stumps). My favourite tinder, kei kei leaves, did not want to produce a flame. The birds nest caught the ferro rod ember but took about five minutes to be coaxed into flame by blowing air through the nest. Careful laying of the kindling and fuel as the flames caught hold resulted in a great cooking fire to boil my water for kawa kawa tea. 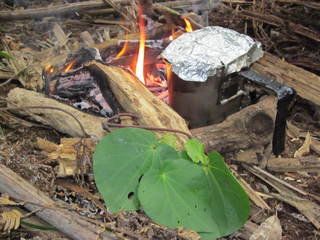 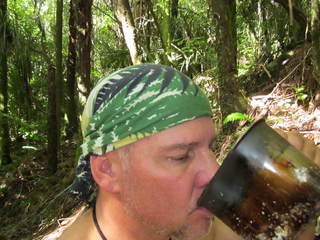 Kawa kawa tea is a nice drink to sit back and relax with. I boiled the water in flame and on coals then removed from the heat and added about three or four kawa kawa leaves. After steeping for five minutes it was ready to drink. 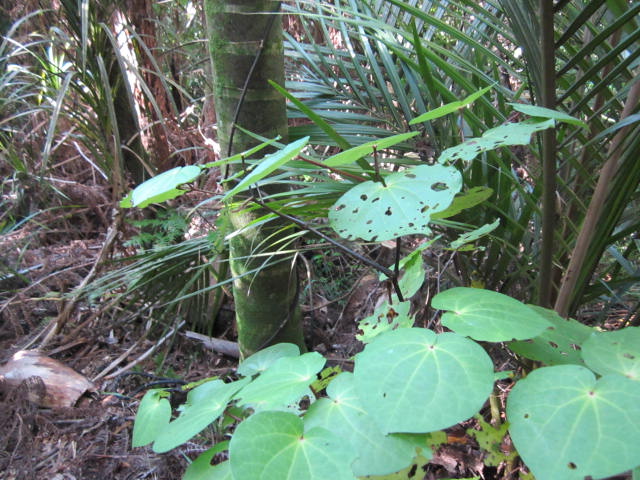 Food And Fuel. Kawa Kawa Leaves, A Nikau Shoot, Supple Jack Vines And A Kei Kei Vine In The Back Ground Working Its Way Up A Tree.

After a lunch of muslie bars and about 30cm of supplejack shoot I practiced lighting natural tinder with my ferro rod. Nothing is guaranteed in the New Zealand bush particularly trying to get flame from bits of the forest. One of the natural tinders that had, on previous attempts, produced flame did not want to ignite today. Moisture levels could be the culprit. 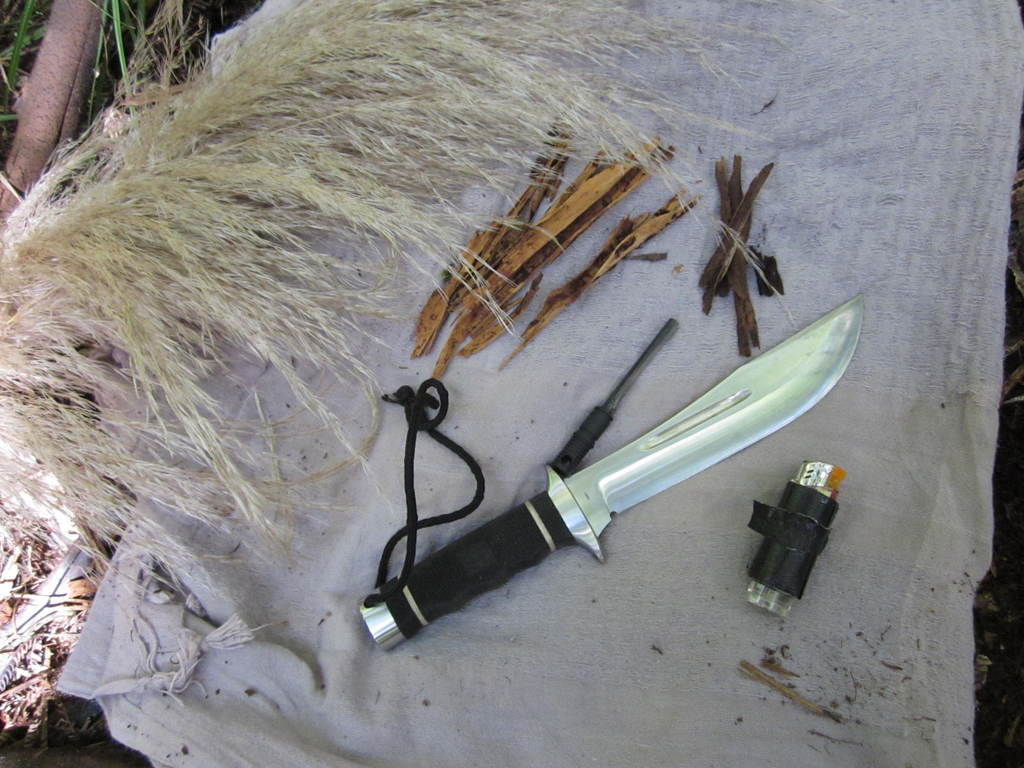 Ready To Test Out Some Native Tinder. 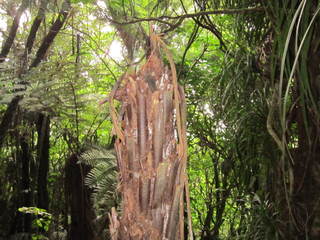 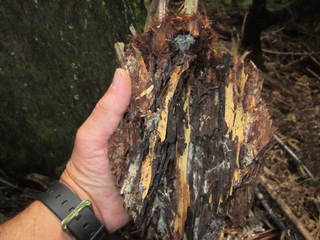 The Thin, Tan Coloured Strands From Inside Dead Punga Logs Can Catch An Ember From A Ferro Rod.

The Punga Strands Did Not Flame This Time But Did Produce A Smoldering Ember. 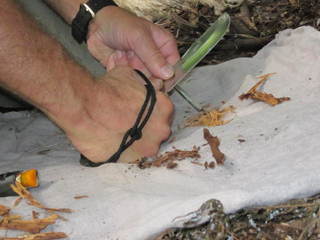 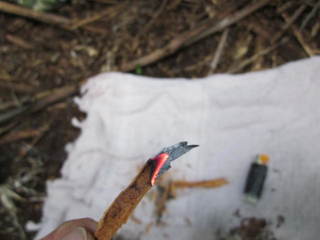 Testing out my new twenty-dollar East European haversack. First impressions: A good item. The fabric is tough but a little lighter in weight than I am used to. The design of the bag holds a lot of kit securely. This bag did not come with a shoulder strap. I fixed this by using an old M16 Rifle Sling. Paracord was used to tie the sling to each of the two D-Rings on the bag. It worked well and was comfortable to carry all day. 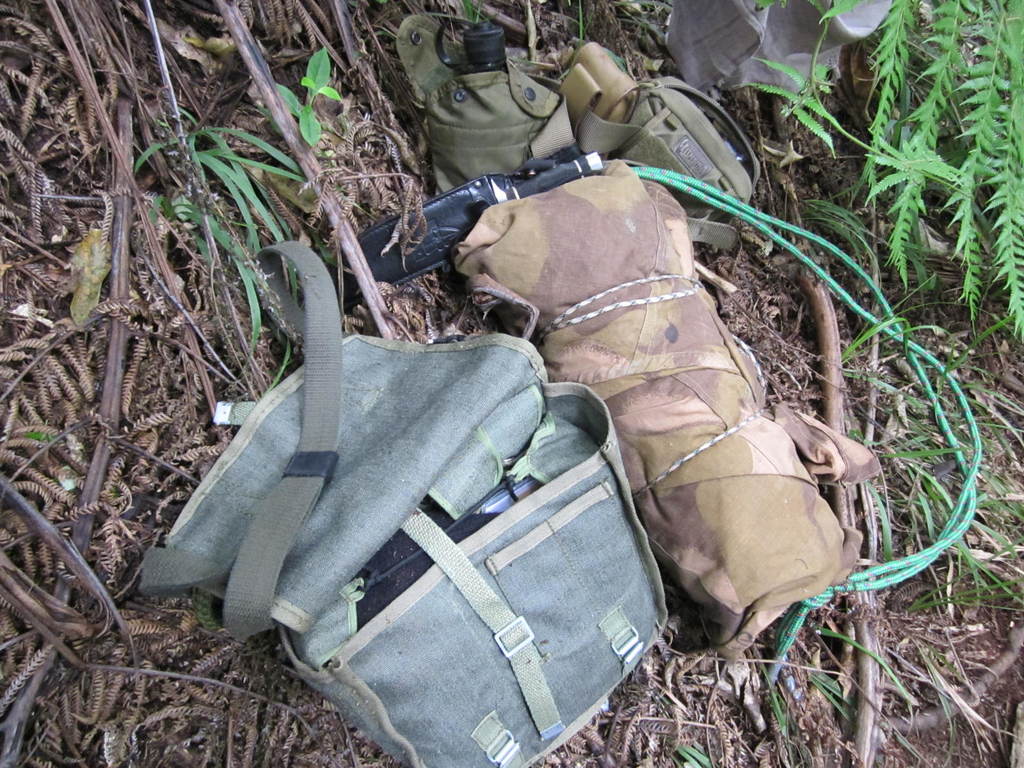 I'm hopefully planning to do an overnighter or two on/around mt Pirongia during my school holidays.

I'll have pics of my project up probably tomorrow afternoon.

Hi Zebedy. Thanks mate. A good area in the Waikato is around Mt Pirongia. Mt Pirongia has quite a few walks and entrances around it to park up. After only a short walk along some of the tracks you can go off track and find some pretty stunning and secluded bush where very few people go.

I got the haversack from Army Disposals on Victoria St Hamilton. The Auckland shop is on Karangahape Rd.

Looking forward to see what you have been working on bro.

Hey Dave, Thanks for sharing your adventure!

If you don't mind, what bush were you in?

I need to get back in the bush a practice my skills as well, hoping to do that soon. I've been working a few projects around home, working on one now as I'm sitting here typing. I'll share soon hopefully.

Where did you get your East European haversack from?