Went back to the big smoke to vist me ol' ma.

Had this idea fresh in my mind, just couldnt silence the voice in my head that said "make it...c'mon...maaaaake iiiitt"

So I made it. The yellow goopy looking stuff is wood glue. Picture should be pretty self explainatory. This thing rips through firewood like there's no tomorrow, and fits on the outside of your pack like a glove. 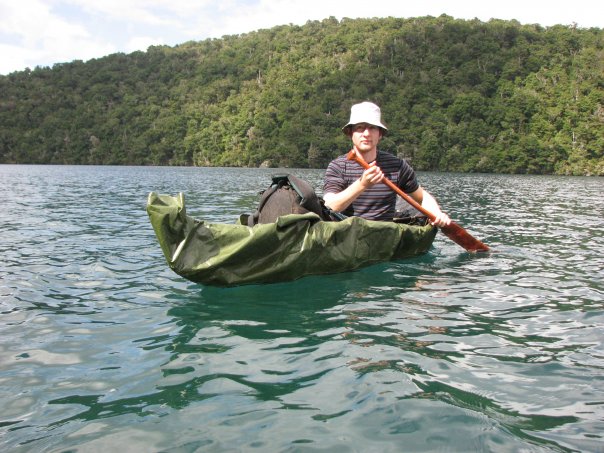 Does anyone know where to buy wood carving tools, i am after a spoon or crooked knife in particular.

Shrafter The Ten Commandments – of Bushcraft

The Ten Commandments – of Bushcraft

These ten commands are passed down from generation to generation within native communities across Canada. I believe they should be taught in school as they represent the core values that are needed to become a Friend of Nature.

1. Always keep learning. Despite all you know, you will never know enough because Nature knows better.…

Shrafter Pining for the bush.

Hey there, fellas. I'm feeling the weather warming up, and am looking forward to many more hours and days outdoors.

My feet are starting to itch again. I find I'm watching more video's on Youtube and going to websites that deal with possuming, trapping, fur, etc, etc.

So, any of you fellas need a partner to work the possum lines with, or know where I can get ahold of a block with lots of furry critturs on it?

City life is strangling me, I need to get away and breathe…

About to go on a trip to try some gear out. A mate and I have been putting/making some equip. to carry which will allow us to fly camp and hunt or carry in our kayaks. The parameters are that it must be foolproof, waterproof and simple. Were going to use hammocks but decided to "ground hog" it on mats, with a fly cover.. I have heavily waterproofed my fly as it may be the saving of my comfort.! 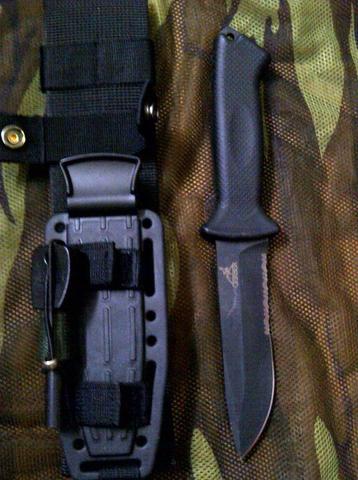 My first survival knife, the Gerber Prodigy. I just thought of sharing my views with you all =)

Be it bushcraft enthusiast, "experts" or even knife collectors, there have been alot of love and hate on Gerber among them. Some find Gerber "too commercialised" and…

Anyone know of any courses etc in the Canterbury region

The skills of lighting a fire with a piece of flint,high carbon steel and char cloth is well documented and widely practiced in bushcraft circles. Generally  the char cloth is made by baking a piece of pure cotton fabric in a low oxygen environment. (in a tin)

Historically materials gathered from the forest were used instead of char cloth. To me, competency at flint steel fire lighting would require the material needed to be gathered from the bush,eg the hard stone and tinder. Most…

Tohunga An amazing 3 weeks at the Outward Bound School

Well mid way through last year I got an opportunity through my work with the Red Cross New Zealand to go on a fully funded 3 week course at the Outward Bound School based in Anikiwa, Marlborough Sounds. (Actually only 20mins away from home)

I grabbed it with both hands, packed my bag and arrived one sunny day for what turned out to be one of the most fun and crazy times of my life.

We dump our gear, meet our 13 other watch mates and it's straight out in PT gear for a…

Not sure if you all have heard of this new food bill to be passed, I say to be passed as it must be passed to meet our obligations as members of The World Trade Organisation.

This is effectively going to make it illegal to give away seeds, spare produce etc to friends family and neighours, it also means without permission from government you will be breaking the law if you sell any, eg at markets etc, or as a cottage industry.

It also gives police the ability to raid…

I was in the taraua ranges the other day we we up to Powell hutt across to jumbo and then to antiwhakatu hut when we reached antiwhakatu hut I realized there was no gas (I guess I should of done my homework) as I didn't have my gas cooker so we had to light a fire by the hut. I just wanted to mention the food we had that night, at the supermarket you can buy potato flakes for about $2-50/3-50 we brought some of them and some dried peas,carrots and corn for about $3 and we also had I packet of… Continue

Just a few questions i want to ask people here. What are the laws reguarding stave collection? Hoping to gather a few sapling staves while we go up north early in 2012.

Would love to see any pictures of anyones staffs, and hear the different ideas that us Kiwis have for additions etc to them.

I have seen all sorts from other bushcraft sites around the world and was wondering if anyone knows of really unusual woods that are native to NZ that have great grain pattens etc such as curly maple and the like. Seems overseas you have some fantastic looking woods that really stand out, do we?

There has been some discussion recently about bushcraft schools in New Zealand.I thought this might be an appropriate time to mention my school

As Ben Jordan stated,the most important thing about a bushcraft school is the background of the instructors

Hi, Ben. I am posting this in reply to your query as to my background, etc. I'd love to tell you that I was a bushman from way back, that my father used to take me hunting and camping every chance he got, and we had the times of our life. But that would be a complete lie. I have never been hunting, either pigs or deer. My sad loss.

But I have been camping, in the Urewera when I was possum trapping, and in the Raukumara ranges, doing the same thing. I used to camp out in my back yard…

Hi, everyone. I was talking to a friend on facebook tonight about my dream of starting and running a Bushcraft and Survival School here in New Zealand.

This friend of mine gave me encouragement and told me to go for it, and to follow my dream.So, here we are, the first step on my Journey. I am asking everyone out there in the New Zealand Bushcraft community for advice, encouragement, and for whatever help you can offer me.

Here we go with round two. I had a whole lot of writing done, and was almost finished, when this damn page decided it was going to shut down all by itself! I hate it when that happens!

Now what was i saying? Oh yes, something about getting my pack sorted for summer.

This is depressing. I cant be bothered doing this again, yet I have to. (Crap).

OK. I think I was telling you all about what I was going to put into my pack. Something to do with Dave Canterbury's…

Whats best for you?

Hey guys I was just wondering what do you guys think of the good old vasaline and cotton ball?